Megabopolis features some of Seattle’s finest jazz musicians, passionate about their craft, who have collectively performed at many top clubs and festivals throughout the Northwest and beyond, including the Earshot Jazz Festival, the Port Townsend Jazz Festival, Bumbershoot, Dimitriou’s Jazz Alley, the North Sea Jazz Festival, the Montreux Jazz Festival, and the Kennedy Center in Washington D.C., to name a few. 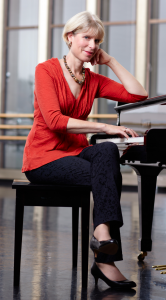 Nelda Swiggett (band leader, piano, vocal) formed her first band, the Room to Move sextet, in 1990. Like Megabopolis, Room to Move featured a three-horn frontline with trumpet, tenor, and trombone. Nelda arranged many of her original compositions for Room to Move, and the sextet performed during the 90’s at many top venues and festivals throughout the Northwest, including Bumbershoot, a KPLU-FM Summer Jazz Cruise, Jazz Alley, and the Bellevue Jazz Festival, to name a few. Room to Move eventually disbanded, but Nelda continued writing for horns — her original big band arrangements have been performed by Seattle’s nationally recognized Garfield High School Jazz Band I and the Seattle Women’s Jazz Orchestra (SWOJO). Her original big band composition, “Cat Dreams,” won SWOJO’s 2015 international Jazz Composition Contest for Women Composers, and was debuted in the 2015 Earshot Jazz Festival. Megabopolis is an exciting return to her “mini big band” roots. See also About Nelda Swiggett.

Michael Van Bebber (trumpet) was raised in Seattle, and graduated from the University of Washington before going on to earn two M.A. degrees in classical trumpet and composition at Truman State University, and a D.M.A. in Jazz Studies from the Eastman School of Music in Rochester, NY. He performed for many years as a member of the renowned Eastman Jazz Ensemble, and has shared the stage with many notable jazz artists including Lee Konitz, John Pizzarelli, the Woody Herman Band, Walt Weiskopf, Chuck Mangione, Jeff Beal, Walter White, John Fedchock, Pat LaBarbara, Marvin Stamm, and Bill Dobbins. He has also appeared several times at the Rochester International Jazz Festival, in both quintet and big band settings. As a composer, he has earned several prestigious awards in composition, including the 2004 MACRO Composition/Theory Award, the 2005 CBDNA Wind Ensemble National Composition Competition, the 2005 College Music Society’s International Composition Competition.​

Travis Ranney (tenor saxophone) has been performing and touring since 1990 and has played with many jazz greats as well as with top local bands. Some recent work includes John Pizzarelli, Doc Severinsen, the Ramsay/Kleeb Orchestra with Pete Christlieb and the Emerald City Jazz Orchestra, and he recently toured in the Northwest region with the Duke Ellington Orchestra (under the direction of Paul Ellington). He has also been featured many times in the Port Townsend Jazz Festival Big Band. 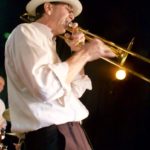 Clif Swiggett (trombone) played lead trombone as a teenager in the McDonald’s Tri-State Jazz Ensemble backing up Dizzy Gillespie and appearing at Carnegie Hall, Newport Jazz, Kool Jazz Festival and The Merv Griffin TV Show. During college Clif was the Student Director of the Princeton University Jazz Ensemble, played with the Clem DeRosa All-Star Big Band, and toured with the Glenn Miller Orchestra. Since moving to Seattle in 1985, he’s played with The Room To Move Sextet, Megabopolis, Latin bands Cambalache and Caribbean Roots, and many of the city’s great big bands. Clif graduated with honors from Princeton University with a B.S. degree in Computer Science and Electrical Engineering with minors in music and religion. In 2013, Clif co-founded The Melodic Progression Institute with world renowned vibraphonist Stefon Harris. This exciting collaboration has led to the development of their first online learning app, The Harmony Cloud™. 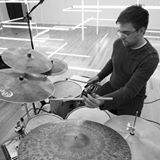 Max Wood (drums) is one of Seattle’s most in-demand and versatile drummers, performing with artists such as Dawn Clement, Casey MacGill, Sumi Tonooka, Nelda Swiggett, Jacqueline Tabor, The Sam Boshnack Quintet, and Nearly Dan. Fifteen years of frequent engagements as a performing and recording artist have taken him all over the world, including a tour with the Tokyo Philharmonic Orchestra. Max mostly focuses on the musical realm of jazz, but also has done musical theater, rock and orchestral performance. Max holds a BM in Percussion Performance from the University of North Carolina at Greensboro.

Michael Glynn (bass) graduated summa cum laude with a Bachelor of Arts and Bachelor of Music in Jazz Studies from the University of Washington. In 2006, he moved to Albuquerque, where he quickly established himself as an integral part of the New Mexico music scene, performing and recording extensively, and also making time to earn his Master of Music degree from the University of New Mexico.  In 2012 Michael moved to Palo Alto for a year where he worked with musicians all around the Bay Area and was on the faculty of the Stanford Jazz Workshop. Glynn has performed with numerous jazz legends, including Bud Shank, Jon Hendricks, Harold Mabern, Bobby Shew, Mark Levine, Dave Grusin, Geoffrey Keezer, Seamus Blake, Eric Alexander, Benny Green, and many more. He has performed around the United States and in Canada, Switzerland, France, the Netherlands, Oman, and Trinidad and Tobago. Michael also performs in other genres, including classical work with the New Mexico Philharmonic, the New Mexico Symphony Orchestra, Opera Southwest, and Canticum Novum Santa Fe; calypso with steel drum legend Ray Holman; and a mix of Arabic and Western music with Iraqi-American oud virtuoso Rahim Al Haj.